Dolliole Selected as Airport Director of the Year 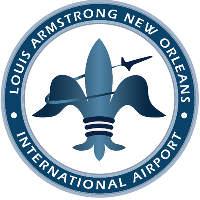 NEW ORLEANS—Airport Experience News has named Kevin Dolliole, director of aviation at Louis Armstrong New Orleans International Airport, as its 2020 Director of the Year in the medium airports category.

“We are excited to see the rest of the nation come to appreciate what we in New Orleans have known for years: Kevin Dolliole is a national treasure for his work to make Louis Armstrong New Orleans International Airport the crown jewel of the Gulf South,” said New Orleans Mayor LaToya Cantrell. “His tireless efforts to realize the dream that is the new airport terminal and his steadfast stewardship through the COVID-19 pandemic are just the recent example of four decades of aviation leadership. Congratulations, Mr. Dolliole, on being named the 2020 Director of the Year.”

“Kevin Dolliole led MSY through an extraordinary revitalization, with the airport’s new terminal opening late last year, enjoying just a few months of ‘normal’ activity before the COVID-19 pandemic hit,” said Melissa Montes, publisher of Airport Experience News. “Kevin’s management of that project and his response to the current crisis prompted AXN to select him as its Director of the Year in the medium airports division.”

“After over 40 years in the aviation industry, it is a significant honor to receive the recognition of Director of the Year in the medium airport division from Airport Experience News,” said Dolliole. “Over the last year, the New Orleans Airport has experienced unprecedented challenges in light of the COVID-19 pandemic, as well as historic successes with the opening of our new $1 billion terminal complex. Through it all, our team has remained committed to providing unmatched service to our passengers, and we are grateful to be recognized for these efforts.”

In November 2019, MSY completed construction and moved all 16 airlines to its new, 972,000 square-foot terminal featuring three concourses, 35 gates, two new parking garages, a surface parking lot next to the terminal and a remote economy garage with shuttle service. All passengers have access to more than 40 different food and retail concessions once beyond security.

AXN is a national aviation trade publication which provides in-depth coverage and analysis of the airport and air travel industries through its print magazine, its robust website and other channels. Dolliole will be featured in the November/December issue of AXN and will be honored at the 2021 Airport Experience Conference.