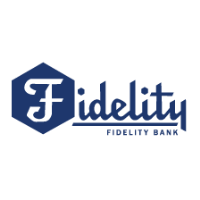 (New Orleans) – Fidelity Bank officials today announced the intent to purchase the historic downtown building at 353 Carondelet Street once occupied by the former Union Savings & Loan. Fidelity Bank, founded in 1908, will purchase the historic Carondelet Street building from Mary Martin Roth, Richard Roth and Katherine and Tony Gelderman. The multimillion-dollar project, made possible in part by federal and state historic tax credits, will restore the four-story building and be the future site of Fidelity’s corporate headquarters and feature their 17th branch location.

As detailed in a press release, New Orleans City officials and leaders of several local historic agencies joined Fidelity executives this morning at the historic Carondelet Street site to celebrate the launch of the downtown redevelopment project. Fidelity officials estimate the redevelopment project will create as many as 125 construction jobs and infuse more than $6 million into the city’s economy.

The building at 353 Carondelet Street was originally built in 1850 and designed by architect George Purves as part of a row of eight commercial buildings known as Union Row. In 1958, the building was redesigned by August Perez & Associates to its current mid-century modern design.

Renovation is expected to be completed late summer 2020. Fidelity will move its corporate headquarters from Place St. Charles to the second floor at 353 Carondelet. The first floor will serve as a new full-service bank branch featuring personal consultative service by experienced bankers and also highlighting fully automated solutions that meet the varying needs of a modern diverse client base.

“We’ve been committed to the city of New Orleans and the Gulf South for 111 years,” said Fidelity Bank President and CEO Chris Ferris. “Now, we look forward to owning a permanent space for our corporate headquarters. Our intention with this redevelopment is to be respectful of the mid-century design and to preserve the cultural history while moving forward with a new modern facility featuring the industry’s latest technological tools.”

Developer and RAMM Real Estate President Richard Roth, owner of the property, commented, “Both Mary Martin and I appreciate the uniqueness of this building featuring a mid-century design in the New Orleans CBD. We are elated that Fidelity will be here for good and will repurpose the property as a corporate headquarters providing a beautiful new workspace for team members and a new state of the art bank to serve locals businesses and residents.”

Roth’s co-owner of the property and KCT Real Estate Ventures President Tony Gelderman, praised the commitment Fidelity has demonstrated in restoring the building to its twentieth century modernistic grandeur. “Forty-seven years ago my family was new to New Orleans and Fidelity financed our first home for my mother, so I personally know that Fidelity has been helping families build their futures in New Orleans for a long time. This new headquarters signals that they will be doing the same for generations ahead,” said Gelderman.

Fidelity’s architect for this multimillion-dollar restoration is Trapolin Peer which specializes in sensitive historic renovations.