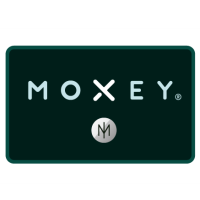 Business and nonprofits in New Orleans now have a new way to buy and sell products and services — it’s called Moxey.

Launched in Baton Rouge almost two years ago, Moxey is a digital platform that encourages businesses to barter in a very organized, technologically savvy way.

“Say you’re a restaurant and you have empty tables for lunch — that’s an expiring asset. When lunch is over that opportunity for revenue is gone forever,” says Charlie Davis, president of Moxey. If the restaurant is a member of Moxey, however, he explains, it could fill its empty tables with other Moxey members in exchange for something else the restaurant might need, like help with landscaping.

More than 4,000 businesses stretching from Lake Charles to the Mississippi Gulf Coast currently trade using Moxey Money, and Davis says the goal is to expand that number exponentially. This past April, New Orleans became the company’s first new major market.

“We want New Orleans to become the Moxey flagship community,” he says.

“It’s $195 to join and immediately we start advertising the new member,” he says. “Plus, we give them a Moxey credit card to start spending with other members.”

While the technology is new, Davis says the overarching concept of Moxey is one businesses have been using for centuries.