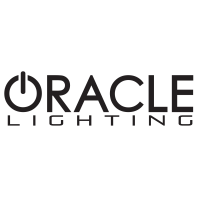 METAIRE, LA, May 14, 2020 – Oracle Lighting, an innovator in LED lighting solutions, has revealed details on the new Antimicrobial Irradiation Respirator (aka AIR device), a patent-pending wearable UVGI face mask sanitizer system. The AIR device is expected to be available in late June 2020.

“N95 masks have been the go-to PPE for preventing exposure to COVID-19, but these only filter 95 percent of particulate,” explained Justin Hartenstein, Oracle Lighting director of product development. “Consumers need better assurance to be confident that they will not be exposed. The AIR device will neutralize that remaining five percent while sanitizing the contaminated mask at the same time. Studies have shown that respiratory pathogens on the outer surface of cloth masks can actually result in self-contamination, which is exactly what they are intended to prevent. Because if this, we see the unique UV irritation benefits of the AIR device as the best sanitization scenario for mitigating exposure to COVID-19 and other viruses.”

Existing personal air filtration masks are designed to prevent inhalation of viruses by trapping the particles from the incoming air in the cloth material worn on the face. However, they are not designed to disinfect or sanitize the particles. Because of this, the masks can become saturated with live viruses, pathogens, bacterium, or other microorganisms attached to the fabric surfaces. Because the cloth mask becomes contaminated with use, washing a cloth mask is recommended by health officials. Unfortunately, most consumer-grade laundry detergent does not contain disinfectant and, in fact, studies show that pathogens can actually be spread in the wash and contaminate other laundry in the load.

The AIR device is worn under any common face masks and utilizes a patent-pending system to sanitize the air while simultaneously neutralizing contaminants trapped in the cloth face mask by means of short-wave ultraviolet light exposure. The ultraviolet light source is produced via UV LEDs which are integrated into the device. The spectrum of ultraviolet light is separated into various ranges, with shortest-wavelength referred to as UV-C which is considered “germicidal UV”.

“The AIR device is composed of a small cover made of an anti-microbial polymer which is worn on the face and attached with straps similar to a traditional face mask,” Hartenstein continued. “The user wears a traditional face mask (cloth mask, surgical mask, N95, etc.) over the device. A small rechargeable battery pack powers the device and can be manually turned on and off by the user. In addition to the anti-germicidal LEDs, the device also contains UV-A LEDs which provide a wider light spectrum and visible light. The visible UV-A LED functions as an indicator that the device is on and working but provides minimal anti-microbial benefits.”

Wavelengths between 200-300 nanometers, such as the LEDs utilized in the AIR device, provide the most effective germicidal function. This is because the wavelength of UV-C irradiation utilizes photons to inactivate the virus which prevents the cell from replicating and infecting the body if inhaled. The AIR’s UV-C LED emitters are integrated into the airflow partition of the device which is designed to scrub the air and sterilize the cloth mask simultaneously.

For years hospitals and labs have used Ultra-Violet light for disinfection and medical sanitation against viruses. Commonly known as “Ultraviolet germicidal irradiation”, UVGI is a disinfection method that uses short-wavelength ultraviolet light to kill or inactivate microorganisms by disrupting their DNA in a manner which renders the cells inactive and unable to perform cellular functions.

“UV-C light has been used in many applications such as the purification of drinking water for decades,” said Hartenstein. “While UV-C is part of the normal spectrum of sunlight, it is invisible and can cause sunburn with direct skin exposure. This was taken into account when developing the AIR and so the UV light is directed into the mask, away from the user, to prevent any direct skin exposure.”