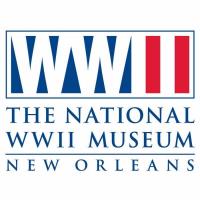 NEW ORLEANS (press release) – On June 6, The National WWII Museum will commemorate the 76th anniversary of the D-Day invasion and celebrate the 20th anniversary of its opening as The National D-Day Museum in 2000. Following its Congressional designation as The National WWII Museum in 2004, the institution has dramatically expanded its mission along with its campus to preserve and tell the stories of all Americans who served abroad and on the Home Front during World War II, solidifying itself as one of the top-ranked cultural attractions in the world.

The beginnings of the Museum date back to 1990, when best friends and fellow history professors at the University of New Orleans (UNO) Stephen Ambrose and Nick Mueller discussed plans for a modest D-Day museum on the campus of UNO. Ambrose envisioned a museum that would be a permanent home for the artifacts and oral histories he had collected for his forthcoming book on the Allied invasion of Normandy on June 6, 1944.

The journey was far more arduous than they imagined. The concept struggled to gain acceptance and adequate funding—until the decision was made to move the project downtown into an old storage building in the Warehouse District, close to the heart of New Orleans tourism. In addition to providing a permanent place of honor for forgotten veterans of World War II, the new location would also pay tribute to entrepreneur and boatbuilder Andrew Jackson Higgins, whose thousands of landing craft—built in New Orleans—had been credited by President Dwight Eisenhower as key to winning the war.

Years of eﬀort by UNO and fresh support from local business leaders culminated in a spectacular grand opening celebration and massive veterans’ parade on June 6, 2000, as the nation’s attention was drawn to The National D-Day Museum at the corner of Andrew Higgins Drive and Magazine Street. Since that day, the Museum has expanded to a campus of six pavilions (with work under way on a seventh), created extraordinary interactive exhibits and innovative educational programs, raised nearly $400 million dollars for the Road to Victory Capital Campaign and greeted more than 8 million visitors. Beyond its New Orleans campus, the Museum has reached over 500,000 students through distance learning programs, trained over 4,000 teachers onsite and across the country, and provided online historical content for millions across multiple content platforms. Through it all, leadership from the Museum’s Board of Trustees; support from the local community and the city, state, and federal government; and the inspirational generosity of friends around the country have led the way for each new success.

“My friend and Museum founder Stephen Ambrose often spoke of his dream for the Museum to serve as a ‘love song to democracy,’” said Gordon H. “Nick” Mueller, PhD, Museum Founding President & CEO Emeritus. “I shared his dream and believe it has come true in the hearts and minds of millions who have visited. The Museum will always stand as a ‘salute’ to those Americans who died in the ﬁght for our freedom as well as those who came home and built our country into the richest and freest nation on earth.”

The expanded campus now includes the Solomon Victory Theater, featuring the Tom Hanks-narrated 4D experience Beyond All Boundaries (opened in 2009); the US Freedom Pavilion: The Boeing Center (2013); the Campaigns of Courage pavilion (2014-15) housing its signature Road to Tokyo and Road to Berlin exhibits; Arsenal of Democracy (2017), a major exhibit on the Home Front in the Louisiana Memorial Pavilion; The Higgins Hotel & Conference Center (2019); and the Hall of Democracy pavilion (2019), which houses the Institute for the Study of War and Democracy and the innovative WWII Media and Education Center.

However, to reach this milestone anniversary and these successes, the Museum had to survive two near-bankruptcies in the 1990s, Hurricane Katrina in 2005, the economic downturn of 2008, and now the profound financial challenges caused by COVID-19. The pandemic temporarily closed the Museum’s doors for two months, and visitation for the fiscal year ahead is predicted to be less than half of what was previously expected. Despite the Museum reopening on Memorial Day, May 25, the road to a full recovery is expected to take years.

“Our Museum is facing the challenges of the COVID-19 crisis with the same unflinching dedication and determination needed to overcome every difficult time in our history,” said Stephen J. Watson, Museum President & CEO. “We only need to walk our own galleries to find the inspiration to prevail through adversity and an unpredictable future. Whether visitors are walking our physical campus or learning through our digital education platforms, it is clear that our mission continues and must endure.”

Those challenges include building back the Museum’s visitation, which approached 800,000 annual visitors at the close of 2019, while expanding its national outreach through distance learning, research, conferences and overseas travel programs. Despite the current obstacles, the Museum is also working with a great sense of urgency to complete the final phase of its capital expansion plan while WWII veterans are still able to experience what is being built in their honor. As the Museum commemorates the 75th anniversary of the end of World War II this year, less than 300,000 WWII veterans are still alive today.

The final expansion projects currently underway include the architectural centerpiece Bollinger Canopy of Peace (2020), made possible through a $20 million donation by Boysie and Joy Bollinger, and the campus capstone Liberation Pavilion (2022), focusing on the war’s legacy of freedom for America and the world.

“Sadly, my friend Stephen Ambrose died in October 2002, but he lived long enough to witness the early success and rave reviews of visitors from across the nation,” said Mueller. “Steve saw concept plans for an expansion beyond the D-Day story into the larger vision for an epic museum that would one day cover three city blocks and hold exhibits in seven pavilions to portray the American WWII experience.”

“If he was still alive,” said Mueller of Ambrose, “he would be bursting with pride and gratitude. I certainly am.”